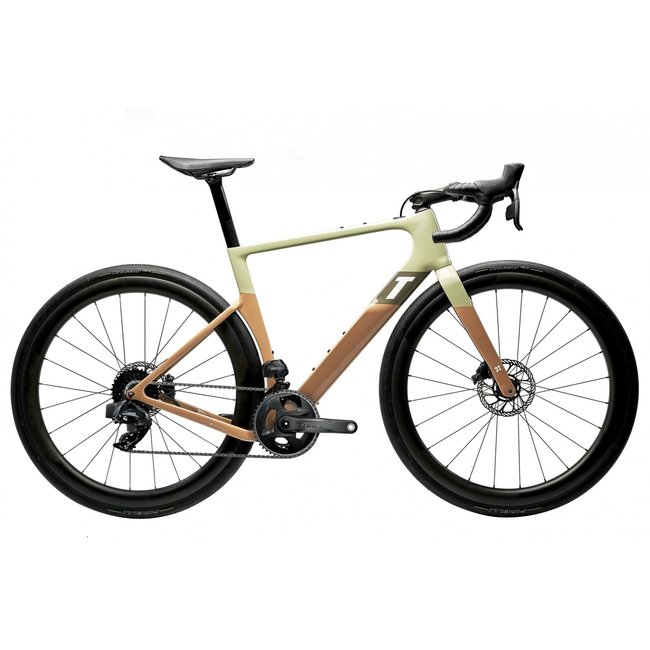 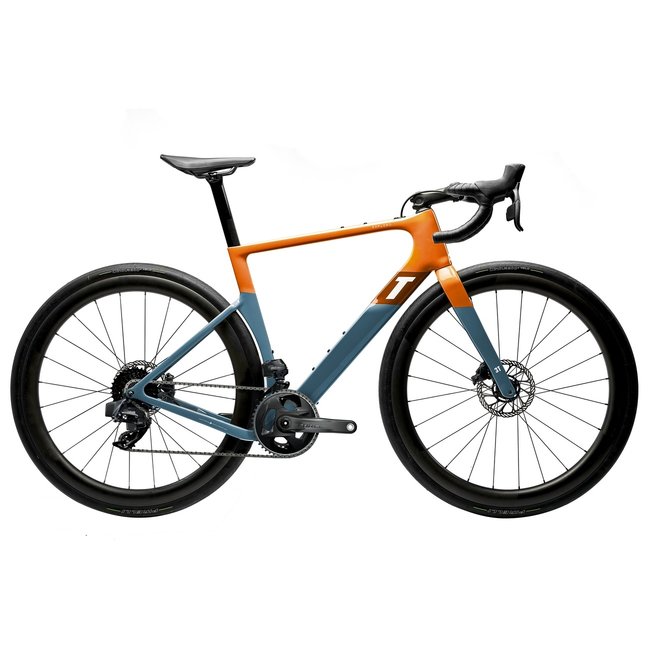 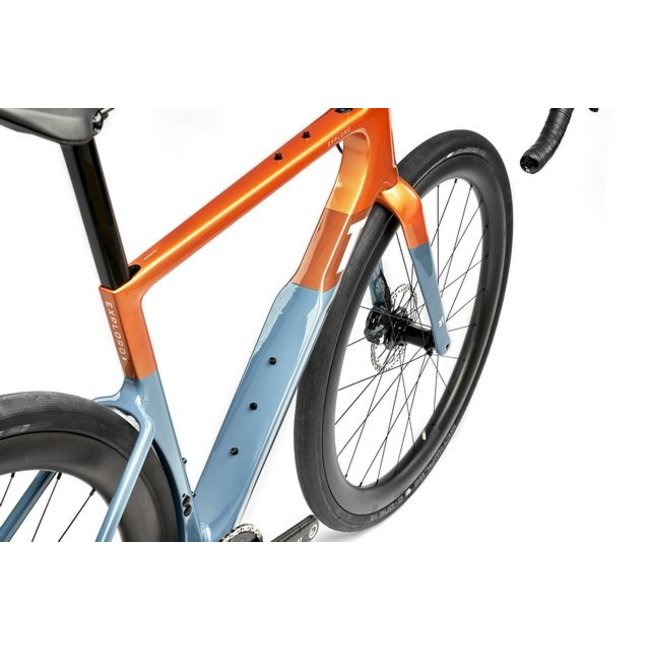 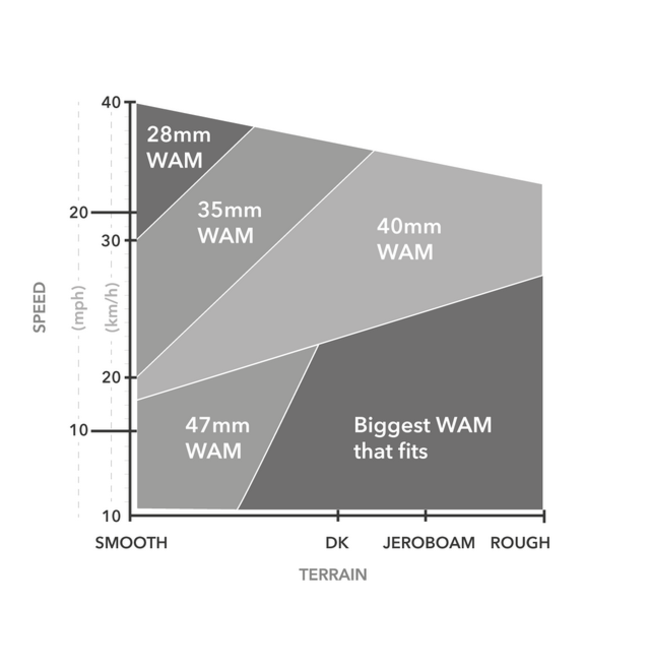 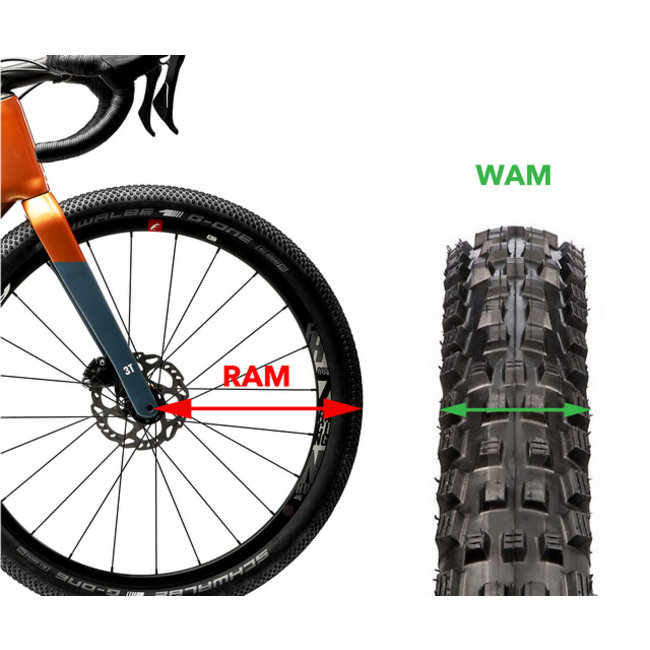 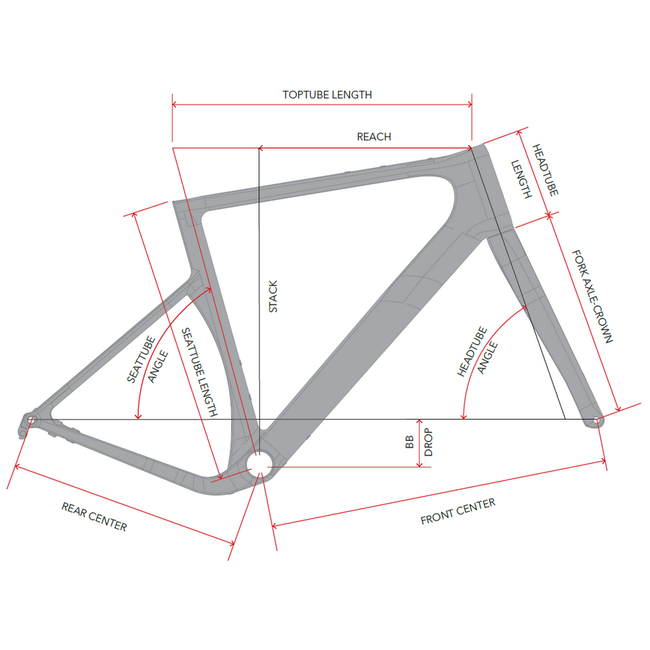 Whether riding road or gravel, we love speed. So everything on the new RaceMax frame is engineered for that. The end result is the first gravel bike that:

Best of all, the very same RaceMax frame can be built up with a focus on pure speed (the “RACE” set-up on this page) or as an unstoppable machine with very wide tires (the “MAX” set-up over here). You choose. And with two wheelsets, you can switch between RACE & MAX easily. That’s RaceMax.

* Rider heights are approximations. For more accuracy, compare stack/reach with your current bike or visit your 3T retailer.

IT ALL STARTS WITH THE TIRES

To make the fastest possible gravel bike, you need to start with the tire. Tire choice determines comfort & grip. But it also determines how you can shape the frame to redirect the airflow.

To aerodynamically engineer the frame around the tires, you need to know what their REAL measurements are. Not what’s on the label, but how they really fit. That’s REALFAST aerodynamics. But it’s not easy, as the tire dimension depends on the rim you use, the pressure and of course how accurate the manufacturer’s claimed size is.

So we took hundreds of measurements to know the real tire widths (which we call WAM - Width As Measured) and tire radii (RAM - Radius As Measured) and use that to engineer the frame around.

SO WHAT TIRE DO YOU NEED?

The most important dimension is the WAM as that directly correlates to traction, puncture resistance, aerodynamics and rolling resistance. The WAM you need depends on three factors:

The graph on the left indicates the WAM you need, and based on the rim width you use, you can find our favorite tires for each WAM here.

Starting from our favorite tires, we then engineered a perfectly fitting rear wheel cutout (with mud clearance of course) and a closely trailing downtube to catch the airflow coming off the front tire. We added a super-narrow headtube (yet with a big steerer inside it), a multi-shape fork and aero details from seatstay to seatpost and from the shielded water bottle to the direct-attachment brake mounts.

Most importantly, we engineered this for realistic riding speeds, wind speeds, tire widths, bottle positions and even for mud. Because we don’t care if it is theoretically fast in the windtunnel with a fantasy spec. We care if it is fast the way you ride it in real world conditions.

The RaceMax frameset is is fastest with 35-42mm WAM tires. That’s when its top speed rivals the best road bikes out there. We call this the RACE set-up. But depending on where you ride and how fast you ride, you may want an even bigger tire for ultimate traction and control. Good news: 90% of the aerodynamic advantage of the RaceMax frameset still works with tires up to 61mm WAM. That’s the MAX set-up.

So maybe you’re an all-roader mixing road & gravel or a gravel racer getting the most out of their RACE set-up. Maybe you’re looking for an unstoppable MAX set-up. Either way, the RaceMax gets you there, and gets you there fast. Maybe you want it all, in which case a dual wheel set-up - one for fast rides and one with the biggest tires - is the right choice for you.